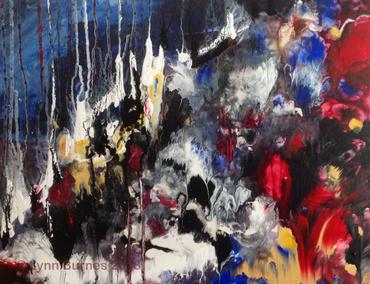 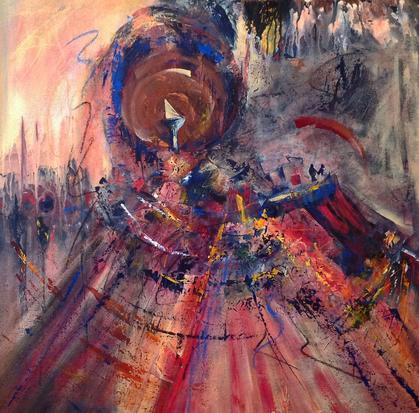 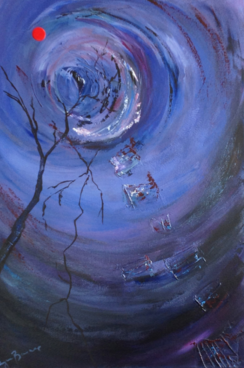 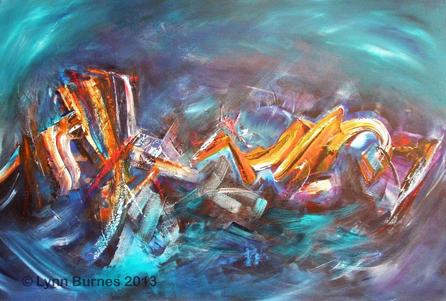 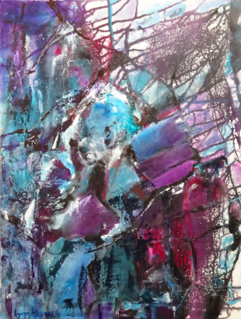 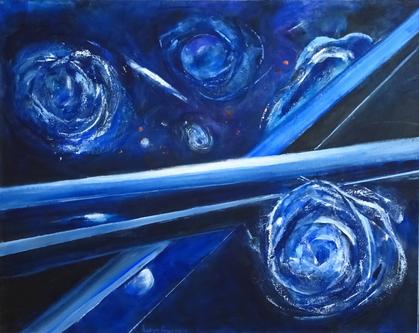 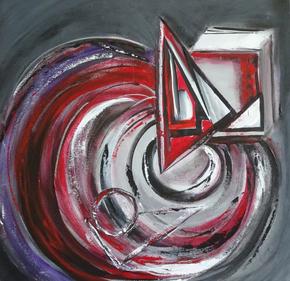 mounted on foam board, unframed

An artistic impression inspired by images from the Hubble space telescope and the artist Wassily Kandinsky’s challenge to other artists --- “dematerialize the picture plane, urging the artist to transform it into a sensation of indefinable space, so that the spectator might experience the extension of … the dimension of time.”  Another way of saying that is “to create the illusion of cosmic infinity on the flat plane of the canvas.”  (Quotes are from p. 214 Spiritual in Art, which is taken from Point, Line and Plane.)   While I don’t think I’ve “dematerialized the picture plane” (which I interpret to mean to moving toward greater abstraction so that no identifiable objects are seen), I do see this painting as a possible first in a series, perhaps becoming more abstract and dematerialized. 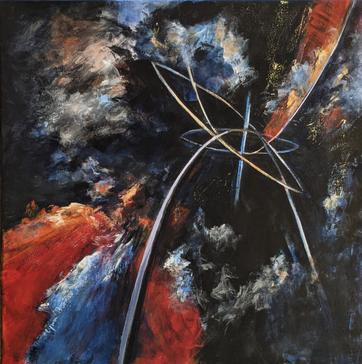 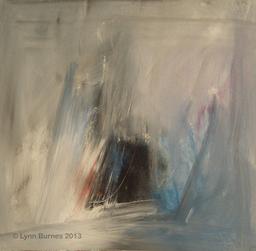 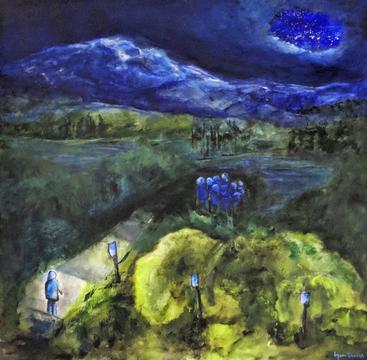 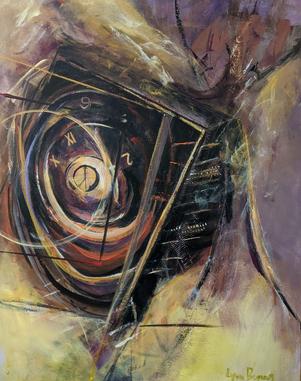 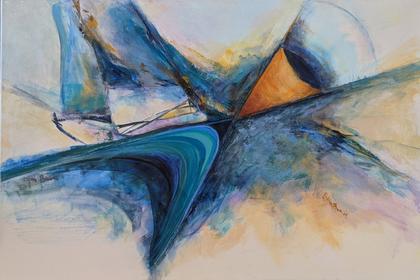 This Day in Time 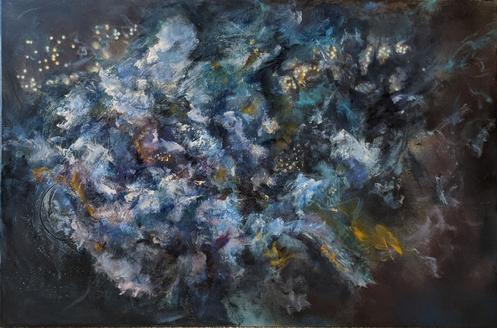 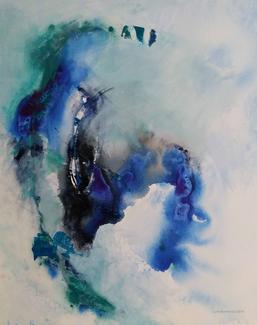 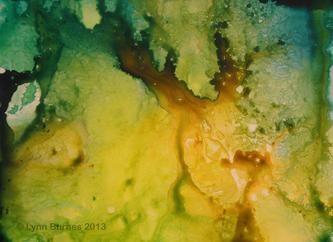 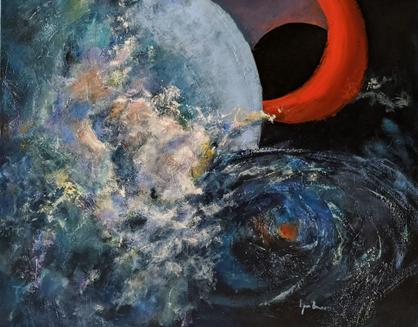 Sacred geometries are the basic underpinnings of nature and the universe.  Specifically, geometric patterns are found everywhere on earth and in the solar system and beyond.  These repetitions of shapes, lines, colors, and more occur on earth in its oceans, in landscapes, in the sky, and in the clouds.  In the larger cosmos, geometric patterns are repeated throughout the length of the universe or perhaps even into multiverses.


These patterns perhaps comprise some fundamental structures of the universe and may  be considered sacred because they are so ubiquitous, consisting of matter that is represented everywhere from the enormous expanse of the cosmos, down to its smallest molecular level (both macro and micro levels).  As a result, these geometries have enormous reach.  Do they hold everything together?  Do they work in unity with everything to create the cosmos?  Do they describe the fabric of the universe?

I am inspired by the galactic and stellar images transmitted by the Hubble Space Telescope and other large scale visual scans.  The universe's complexity and enormity are truly jaw dropping.​​